When one door closes, another opens

When one door closes, another opens

After 5 years of hard work, fun, a lot of laughter and great projects, Johannes and his family are moving to Switzerland. We will try to manage to do without him, but it’s going to be tough. We will miss him so much. Where did it al start?

A little over five years ago Johannes became a one of the first team members of the former known The Unit Showcontrol, which was founded by Jeffrey Goes en Daan Oomen. He started as a Light Designer/Operator and was working on a lot of different shows. Later, when The Unit and LiveLAB merged into Live Legends, Johannes became the Operational Manager. For him this was a new and challenging opportunity, and he was truly born to play this role. Especially, because of his knowledge of our branche. As he was coached by Jente Huisman, back then our mentor, he became better and better in his management role. “I’ve learned so much over the past few years, and I’m grateful to have witnessed The Unit, and Live Legends grow. When I started, there was only Dave, Thomas, Daan, Jef and me”.

Why will you miss Live Legends?

“Because of the good atmosphere in our team, and the endless hunger for great productions.”.

Why will Live Legends miss you?

“He is our little ray of sunshine!”.

Tell us about your projects & adventures

“One of the most memorable projects for me is Carifesta in Surinam in 2013. Dave and I were on our first project together to do this mapping project and lightshow on the palace of Paramaribo in august, which was quite a challenge. There was so much rain, but also the heat, we are not used to these kind of weather conditions. And a little bit of a culture clash made it even more fun. But eventually it was a epic show, and a great project to be part of”.

Johannes has done so many projects over the years. As he climbed the ladder, he was managing the team instead of operating in the field, but one project in particular stayed very close to him: Awakenings. It was only fitting that he ended his career at Live Legends with last weekend’s Awakenings Festival. 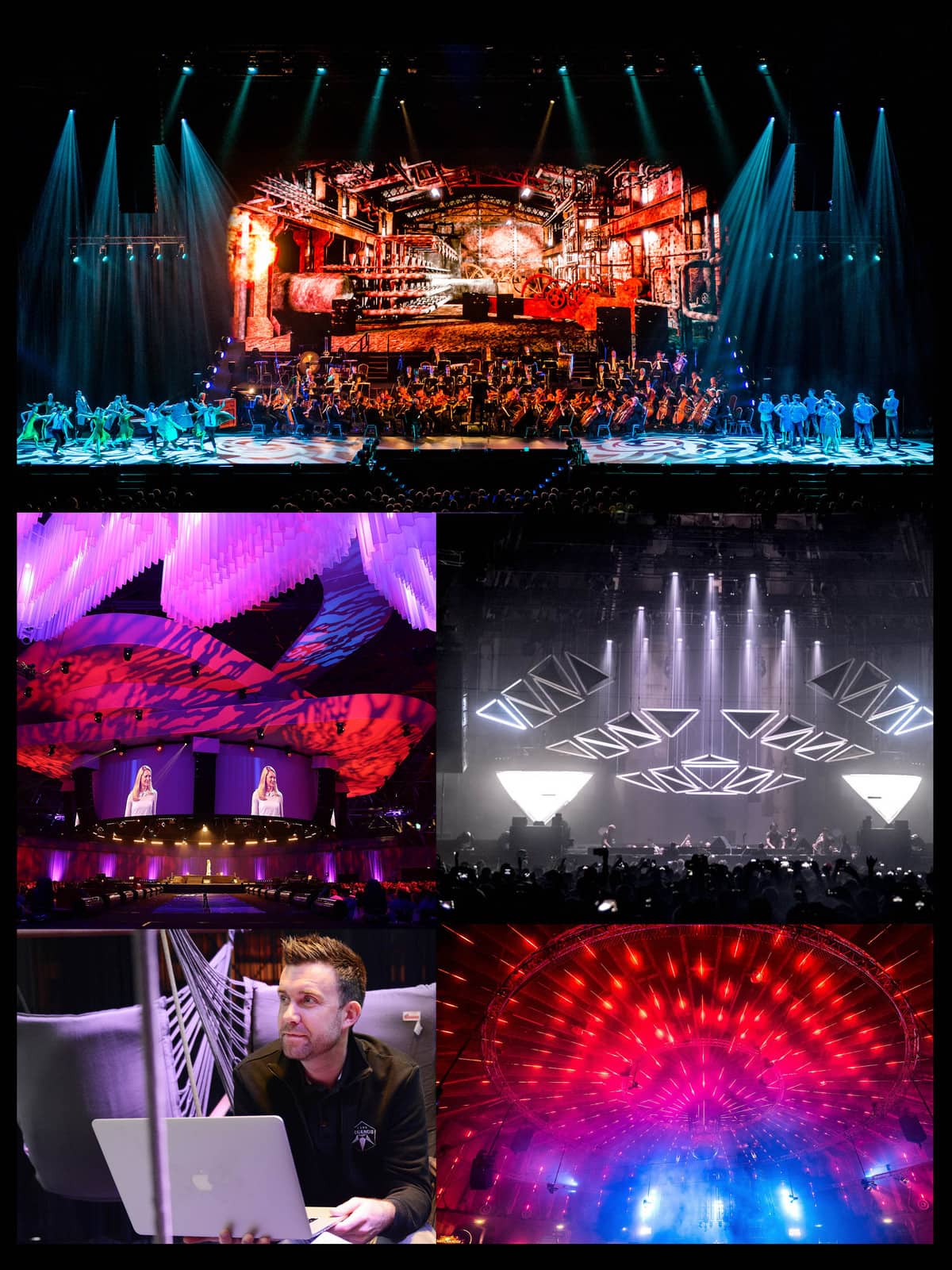 The love of his life

Back in the days, one of his first projects was touring with Sander van Doorn through Miami. A few months later when he was travelling to St Maarten for some other job, he had a stop over in Miami. Then he found out that Sander van Doorn was spinning in one of the same clubs Johannes visited during that little tour. He arranged tickets, went to the party, and as tall as Johannes is, he was overlooking the crowd, then he saw the Swiss beauty Yvonne and the rest is history.

Yvonne, Johannes, and their 1,5 year old son Davin, are currently living in Amsterdam, and will leave for Switzerland this month.

Back to his roots

In Switzerland Johannes found a job at a company similar to Live Legends. But he will trade his office chair for fieldwork again as a Lighting Designer and Operator. Back to his roots!