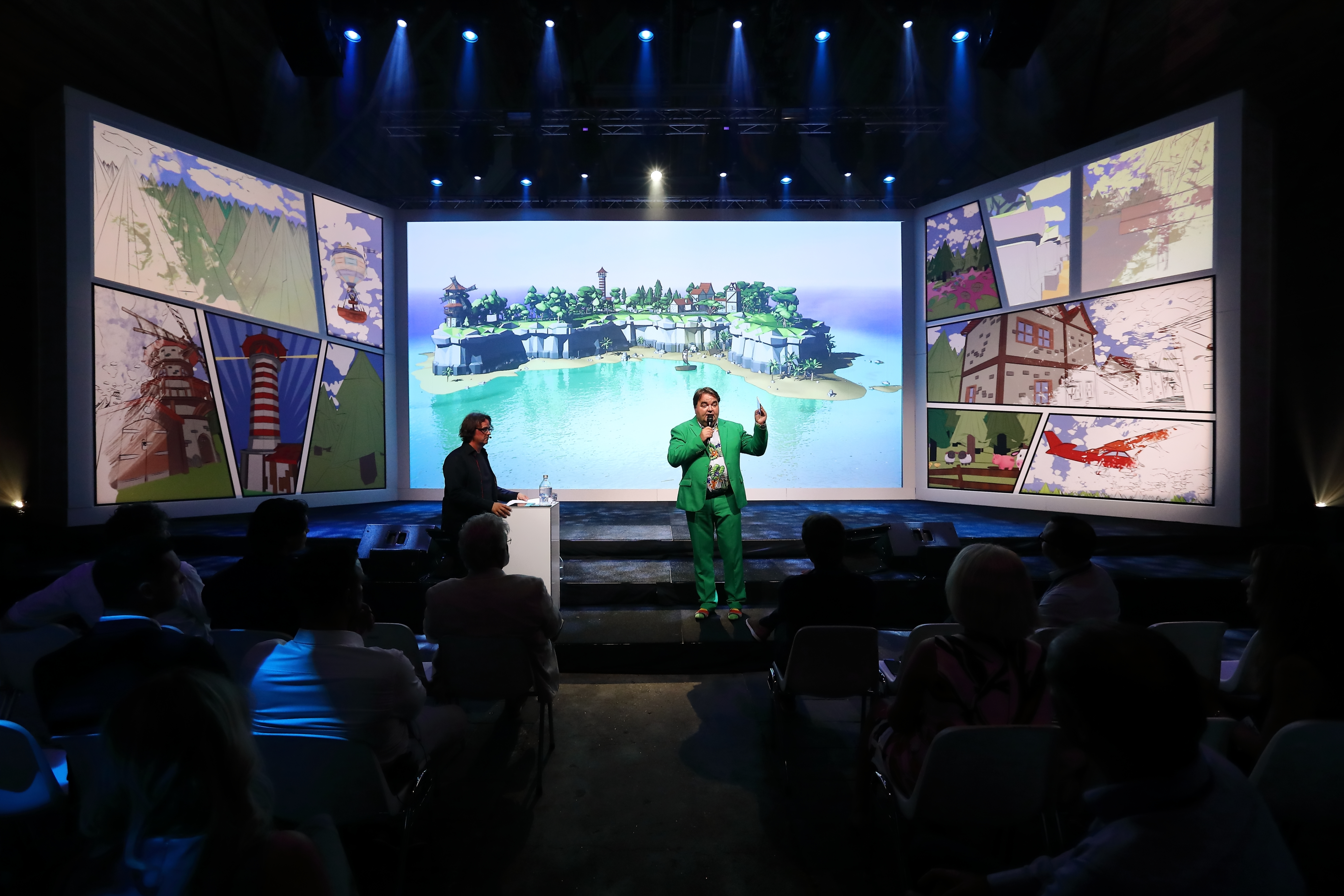 The new gx range comes with a Notch Playback license, allowing users to create, simulate, render, composite, edit and play in realtime. The gx 2 couples the power of the pro range with the most powerful GPU for unparalleled real-time generative content, a field in which Live Legends are an industry leader.

“The gx 2 is not just a new machine, not just a gadget. It’s a physical sign of a long awaited shift in the entertainment industry.”

“We joined the d3 community in 2013,” says Dave Van Roon, media server and video specialist at Live Legends, “and quickly became one of the leading d3 studios and rental partners with a full range fleet because we believe in d3’s creative possibilities and the way it helps to make clients part of the creative process. The d3  team listen to your feedback and this is integral to how they build new features. When you see your request embedded in the software or see changes to new hardware based off your experience, we instantly became d3 ambassadors.”

Van Roon explains that, “ever since people have been able to project recorded images, we’ve been stuck in a rigid workflow.  Content is made in a content system, the result is transferred to and played in a play out system.  This assumes that content can be [considered] a finished product, which is often true.  But if you want to interactively respond to the people on stage, this no longer suffices.”

With real-time generative content, “content is created in the moment and the moment creates the content. Pre-made elements are influenced by live ingest: Particles are generated from live camera, guitar string vibrations are visualized as changing shapes, objects follow people’s positions. The show is made by the people standing onstage. Front Of House crew is there to support them, not the other way around.”

Over the past year, Live Legends has put extensive work into exploring the realm of real-time generated content to tell their stories, “this meant working on a workflow in which content and playout are no longer separate teams but a collaborative organism,” explains Van Roon.

“We also wanted clients to be a part of this collaborative quest, so that they understand the paradigm shift and the benefits of removing the render button. With projects like the Nick en Simon show we’ve been able to do so. Even though the effects on that show were quite subtle, people experienced the real-time effect and they couldn’t believe their eyes.”

Recently we made content for the show, Cubus, which was about 80 percent realtime generated content,” says Van Roon.  “Presenters were surrounded by a 3D environment containing bullet points and pictures; changes to that could be made on the spot.  For intermission dance pieces the content followed the dancers and could easily be tweaked during rehearsals. This allowed us to load in, rehearse, do the show and load out all on the same day, even with all the changes.  This wouldn’t have been possible with the old workflow.”

Live Legends is currently doing a demo for another show featuring a similar 3D environment.  But this time, “the presenter will have an interface which allows him to change bullet point content during his presentation: not just the text, but its appearance, the order, the camera position, even the entire environment,” he explains.

Following MPI Nederlands’ Concept 2017 conference and Najib & Jandino’s Comedy & Concert show, Van Roon sees Live Legends finding “more and more applications for the new generative content workflow. d3’s gx range helps give us the processing power we need to achieve this and allows us to make bigger and bigger 3D worlds and use more post effects to make those worlds look better than ever.”